On 12 December maib together with the Bucharest Stock Exchange (BSE) held a forum titled Accessing International Capital Markets. The event was aimed at introducing Moldovan businesses and public officials to the opportunities presented by the capital markets. The forum was supported by WOOD&Co. investment bank, EBA Moldova and AmCham Moldova. The Moldovan business leaders had the opportunity to find out more about capital markets from the market participants and regulators. 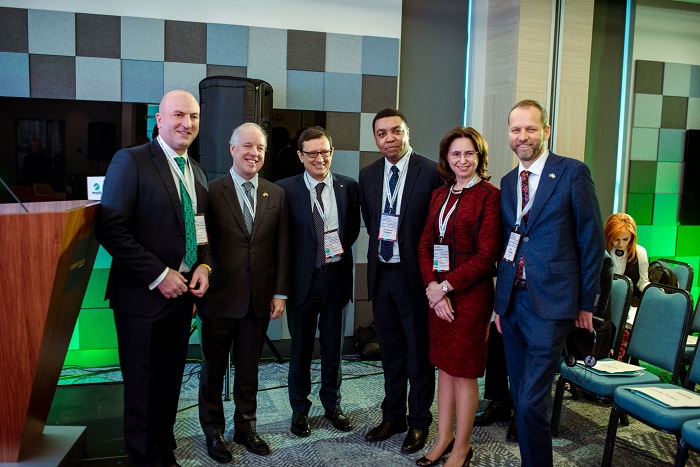 Keynote addresses. Event's keynote speakers included the US Ambassador to Moldova Kent D Logsdon who supported the development of the capital markets in Moldova as a way to strengthen the country in the face of the geopolitical crisis in the region. The Head of EU Delegation in Moldova Janis Mazeiks underlined the importance of strengthening the rule of law in order to build a functioning capital market. The Governor of the National Bank of Moldova, Octavian Armasu, who welcomed the prospective listing of maib, spoke about the robust legal framework necessary for a successful IPO of the bank. The Head of EBRD Office in Moldova, Angela Sax, and the Head Representative of IMF in Moldova, Rodgers Chawani, both spoke about the economic potential of the country, which can be unlocked with the help of capital market access. 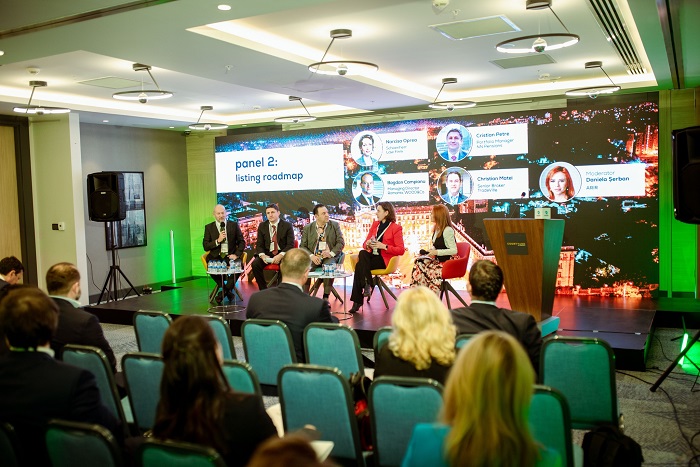 Experience of a Listed Company panel, where Vasile Tofan, Purcari chairman, Giorgi Shagidze, maib CEO, Adrian Tanase, Bucharest Stock Exchange CEO, and Vytautas Plunksnis, Head of Private Equity, Invalda INVL. The participants shared their experience of guiding a company to the market, importance of government support, the major role that corporate governance and transparency play in business achieving the trust of the investors. 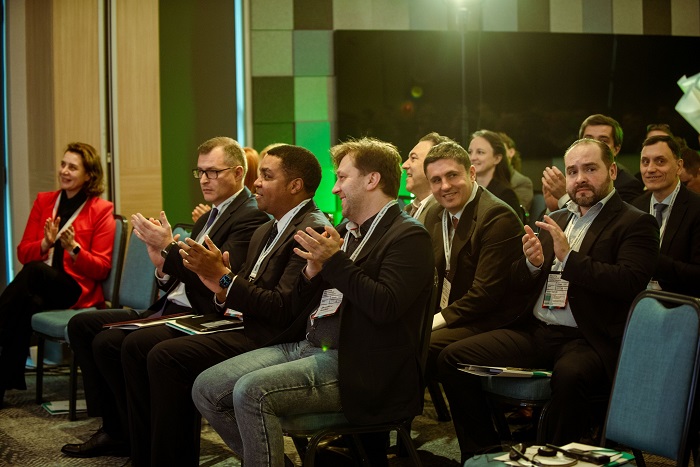 Encouraging Listing was the second part of keynote addresses, which focused more on the legal and regulatory side of the capital markets, and in which Dumitru Alaiba, Minister of Economy Moldova, Vitalie Lemne, Vice President of National Commission for Financial Markets Moldova, Mihai Precup, State Secretary Ministry of Finance Romania and Ovidiu Petru, General Director on Financial Instruments and Investments, ASF Romania, spoke about their vision for Moldovan and Romanian capital markets. 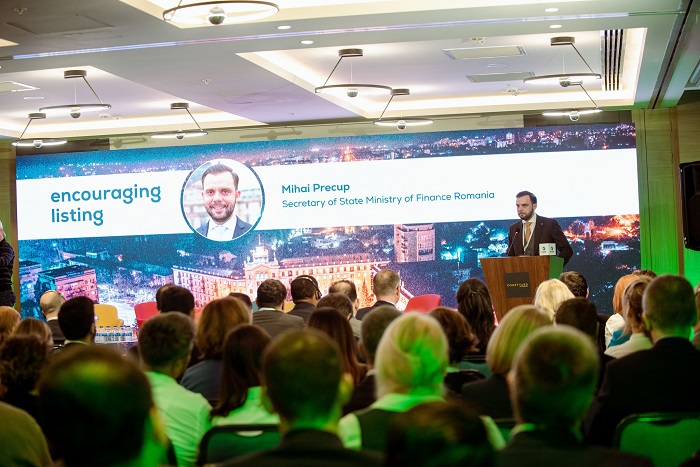 The event, which took place at Courtyard by Marriott Hotel in Chisinau was well attended by the Moldovan and international political dignitaries and public officials, leaders of top Moldovan companies and business professionals.

"We are thankful to the speakers, the participants and the audience of today's forum for making it such a resounding success. In particular, we are delighted to see such interest from Moldovan businesses, including maib corporate clients, in gaining access to international and local capital via listing on the stock exchange. We were encouraged by the support and understanding from key public officials who attended the event today, and I would like to thank them wholeheartedly.

We are especially grateful for the support provided by the Bucharest Stock Exchange who sustains this development wholeheartedly. Listing on a stock exchange may seem like a remote concept, but in reality it translates into cheaper funding, additional jobs, new opportunities for businesses, support for entrepreneurs. Listed businesses are more mature, have better corporate governance, higher degree of transparency, more reliable shareholder structure, higher level of corporate social responsibility – everything that can help Moldova become a great success. As maib plans its listing on Bucharest Stock Exchange we are willing to share our experience and expertise with other Moldovan businesses and guide them through the process."

"We want to share as much of our experience as possible with the business community in the Republic of Moldova, because the Bucharest Stock Exchange is positioned as a pole of stability in the region and is an attractive destination from an investment point of view. The stock market is one of the essential pillars in the development of any economy, because it ensures, first of all, a continuous flow of capital between investors, those who have money and want to invest it, and companies looking for capital for development. 27 years ago, when it was re-established, the Bucharest Stock Exchange took everything from zero and developed continuously, aligning itself at the highest European standards level, both in terms of regulations and market mechanisms, to offer investors and companies a safe, transparent and viable environment for investments and attracting capital. The proof of these achievements are the 144 financing rounds carried out in the last four years on the Romanian capital market, through which both the Romanian State and private companies attracted almost 5.8 billion euros from investors".

You can watch the recording of the event on maib Youtube page.